In the early 1980s, upon the opening up of China’s economy under Deng Xiaoping, farmers left their hometowns seeking work in China’s developing cities as a response to the resulting agricultural reforms. These people from China’s vast rural areas are referred to as the ‘floating population’. By visually assembling photographs, video stills and photographed objects like textiles, rubber shoes, construction materials, a sock, piles of postcards and posters and more Nadine Stijns investigates this stream of migrant laborers. With texts by sinologist, journalist and writer Catherine Vuylsteke. 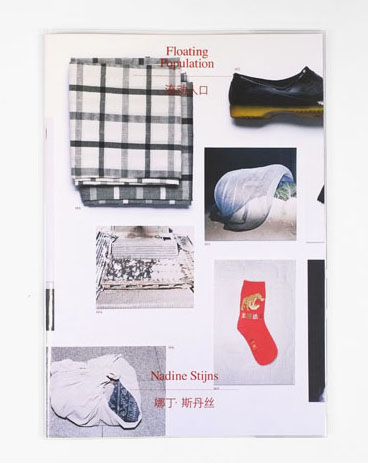