Footprint is exploring ways of mapping information and aerial and satellite photography of the landscape in general and Will Rogers World Airport (OKC) specifically. As an artist, Gerco de Ruijter started out looking at landscapes from the perspective of a kite. From above, the world he photographed usually looked like an abstract map. About ten years ago, he shifted his interest to Google Earth. The satellite images seemed to be made by a kite from outer space. Together with writer and filmmaker Peter Delpeut they set out on a visual investigation into a phenomenon which they encountered on Google Earth, looking at airports. In the winter, planes are stripped of ice. On the concrete the stencil of an aeroplane remains, just long enough for the satellite to photograph it. De Ruijter and Delpeut wondered whether these giant drawings of aeroplanes really belong on a map. Or is Google Earth not a map, but a unique image of the world? It led to a quest for the mysterious aspects of ‘maps’ and Google Earth in particular, with Oklahoma City airport as the centre of attention.

Old Falkplan moped maps that came in linen folders inspired the shape of Footprint. Those paper maps were often artfully folded and cut. Designer Hans Gremmen designed a stunning ‘map’ that, as it is folded and unfolded, provides a range of combinations between image and text. In this way, the idea that we have of ‘maps’ is constantly undermined. 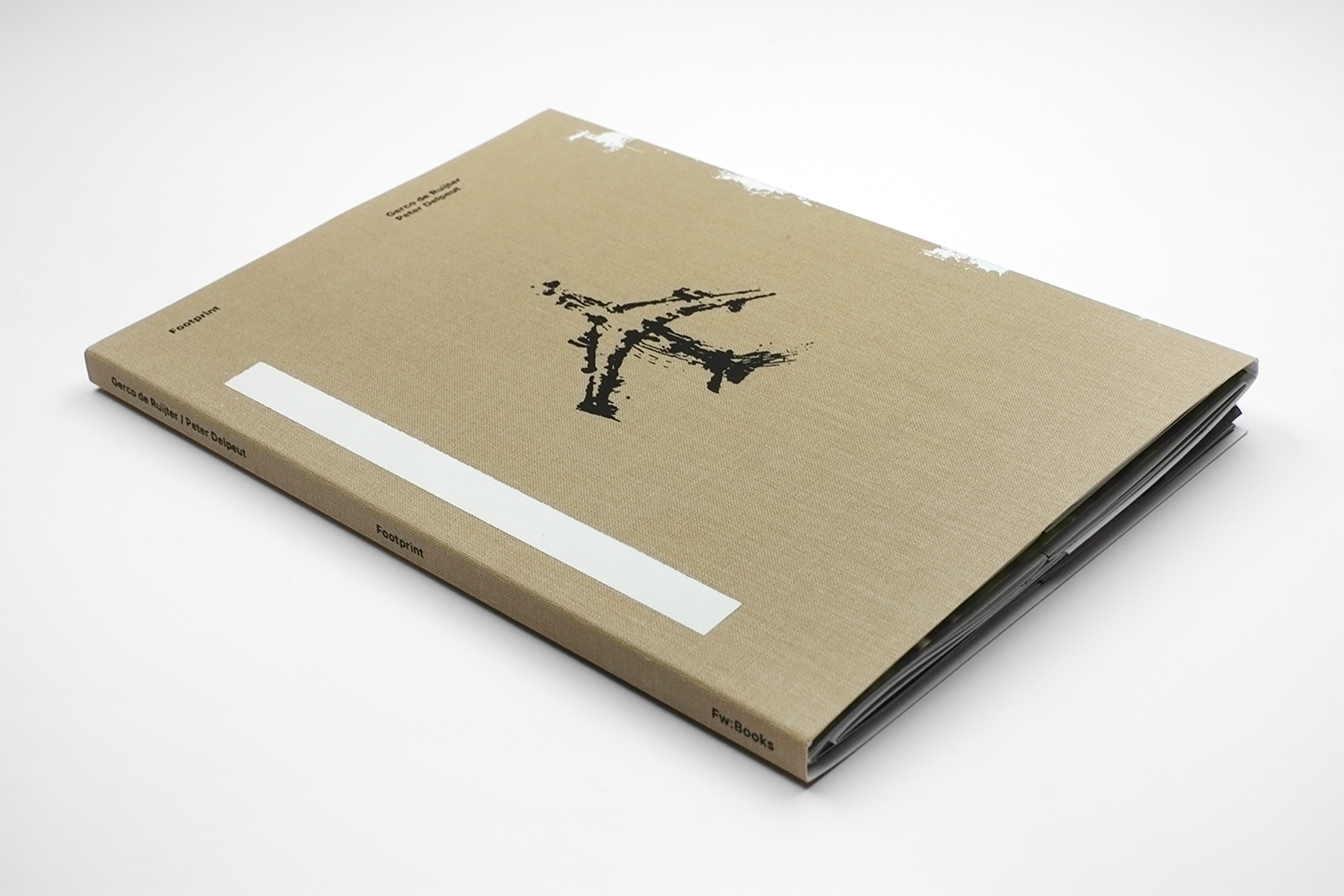