This publications documentates a series of exhibitions that Fw: orginzed in 2009: three dual exhibitions, the first two of which took place in De Balie (Amsterdam) and the last in Foam (Amsterdam). The first exhibition, from February till April, was titled ‘Faraway So Close’. It showed the work of Jaap Scheeren and Babette Kleijn, one after the other. From May to August, the second exhibition took place: ‘Objects In Mirror Are Closer Than They Appear’, showing first the work of Paulien Oltheten and then Raymond Taudin Chabot, also in De Balie. Finally, Foam opened Dieuwertje Komen and Elian Somers’ duo exhibition ‘Concrete Dreams’ in December. Their work was put on display in the so-called ‘3H room’ or experimental room on the third floor of the museum. 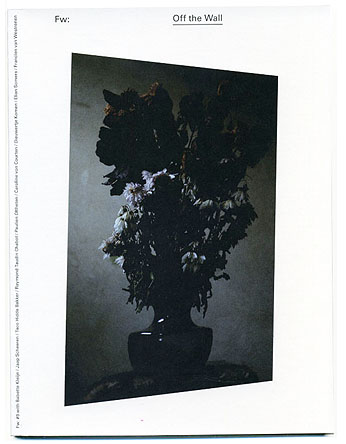