Conversations on Photography is an initiative that aims to explore and expand forms of discussion on photographic practices in the Netherlands and internationally both in terms of content and form.
Fw: brought together several contributors to a multiplatform project. In what is to become a combination of live meetings, online presence and published components, conversation is not just a word in the title but a reflection of the participatory character of this new platform.
Conversations on Photography will be an iteration of what may start as a live discussion that will be translated to properly fit its analogue and virtual spaces, or the other way around. The multiplatform nature of this project will allow for continuity and constant development of conversation that though may reach great depth, will still sustain its live and non-didactic character.
Whereas the core team is responsible for preparatory research and structural basis, Conversations on Photography will develop and grow as a live mechanism: themes and detailed structure will further evolve in a close collaboration with invited participants.

Karin Bareman  (1982, NL) is an author and exhibitions coordinator at Autograph ABP in London. Previously, she acted as assistant-curator at Foam Amsterdam. In 2015 she was granted a Milton Rogovin Research Fellowship at the Center for Creative Photography in Tucson, Arizona. Her work is published by Foam Magazine, Unseen Magazine, Of the Afternoon Magazine, on American Suburb X, Photoworks and Potaatoo.

Raymond Frenken (1977, NL) is a writer, editor and researcher. He is interested in the many ways space and place are shaped by personal and collective imagination. He has contributed to several art publications and photobooks.

Suzan Geldhoff (1986, NL) is a freelancer in the field of visual arts, specialized in photography. Together with Karin Krijgsman, she investigates the appropriation of photos found online. So far, this has resulted in two publications (Screendump 1 & 2).

Karin Krijgsman (1977, NL) is a freelance photographer, curator, researcher and Coordinator of Photography & Film department at AKV | St.Joost in Breda. She is one of the founders of Fw:Books and acts as instigator of Conversations on Photography.

Zhenia Sveshinsky (1980, RU/IL, based in Amsterdam) is a freelance curator and researcher working primarily in the field of photography. Since 2013 she is also Head of Unseen Book Market and Dummy Award.

Willem Popelier (1982, NL) is a photographer whose work is aimed at the underlying mechanisms and power structures of representation. He investigates how portraits are used, and how identity is constructed and presented through photography. His main focus is popular culture, its omnipresent imagery and its effects on society.

Daria Tuminas (1984, RU, based in Amsterdam) is a freelance researcher, photographer, and curator. Besides personal initiatives, Tuminas teaches at FOTOfactory and works at Johan Deumens Gallery. 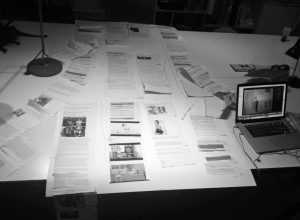 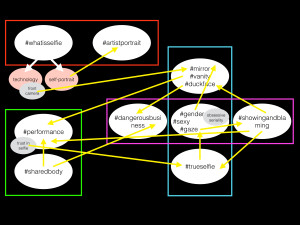